Posted on September 29, 2015 by Jennifer Ferreira

I’ve developed a nice collection of books about cafe culture, coffee and cafés, some of which I have already blogged about, but many that I have read and just haven’t had time to write about yet. So in preparation for International Coffee Day on 1st October I have decided to share my top 10 books on coffee, cafés and café culture. These are presented in no particular rank order because I found it too difficult to do – they have all been important books for me, and the development of my current research project and interests. 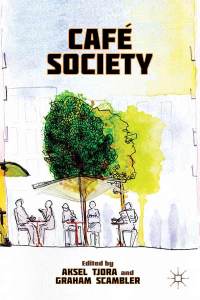 This is the book that helped me shape an interest in coffee and cafés into a more focused set of research interests as well as a specific research project: Spaces of Community. I reviewed the book for the Urban Geography Research Group Book Review series which can be read here, and mentioned it when I first started this blog here. Edited by the sociologists, Aksel Tjora and Graham Scambler,  Café Society provides a fantastic introduction to different facets of research into the café as a living organic socio-cultural institution in modern society. The volume includes contributions from scholars across the social sciences including sociology, business studies, geography, and anthropology in order to increase understanding of the café in contemporary society (in a range of countries). From a cultural history of a café in Norway to a  typology cafés and reasons for use, to reflections on café culture in Australia, this book provides a series of vignettes into the study of café cultures using  a range of methods and approaches, showing how café spaces provide arenas for w whole host of social science research projects.2 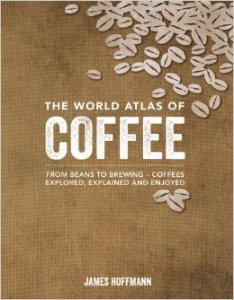 2. The World Atlas of Coffee: From Beans to Brewing – Coffees explored, explained and enjoyed (2014) by James Hoffman.

For anyone interested in any aspect of coffee, this book really should be high up on your ‘to read’ list.  The author James Hoffman, the 2007 World Barista Champion and co-owner of Square Mile Coffee Roasters, provides a detailed guide to all aspects of coffee from growing the beans to final tasting notes. Divided into three parts considering the coffee tree, brewing methods and coffee producing countries this beautifully produced book is both one that can easily be read from cover to cover, but also useful as a reference. It’s not surprising that I’ve seen this book on many bookshelves in cafés around the country.

3. The Social Life of Coffee: The Emergence of the British Coffee House (2005) Brian Cowan.

There are a few books which provide the history of coffee houses in Britain, but this is one of the first that I read and provides a rich historical account which explains the origins of coffee drinking and the development in coffee houses in 17th Century Britain. 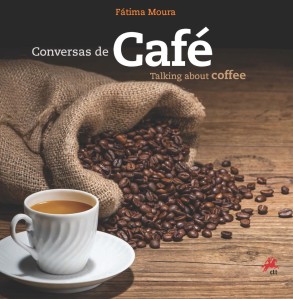 This is a book produced in Portugal (with text in Portuguese and English) written by the food writer and cooking show judge Fatima Moura. The book provides ‘a history of coffee from seed to cup as well as the science behind it’ (Moura, 2015: 2). The book explores the history of coffee more generally, where it is grown, where it is consumed, and how some of the different café cultures developed, and perhaps more importantly why they developed differently. She highlights that ‘cafes as public spaces for new ways of socialising came to Portugal later than in most European countries’, and that the appearance of these cafes across Portugal was linked to a new kind of socialising among city dwellers back in the late 18th century – it made it possible for people from all social classes to access public spaces. 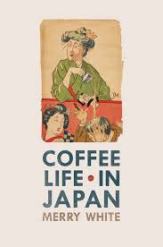 For many people, Japan  is more generally is often associated with drinking tea, and while indeed there is a long tea drinking tradition in that region of the world there is also a rich history of drinking coffee. In this book the anthropologist Merry White explores the history of the development of a vibrant café society, and how important cafes have been in Japanese society. Having recently visited Japan I have become fascinated about the coffee culture in the region and this provided an in-depth overview of how the coffee culture that is still developing in Japan today has come about. 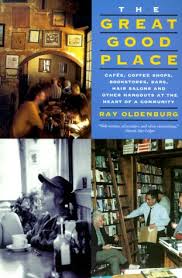 Two books by the sociologist Ray Oldenburg who first explored the concept of third places – places where people spend time outside of the home (the first place) and work (The second place) – and often become community anchors. The first book explores the concept and examines how many public places like cafés can become the heart of a community’s social vitality. The second revisits the concept to show how important these third places are with a series of examples.

This book I picked up at the London Coffee Festival standing in the queue at the popular Square Mile Coffee Roasters stand. The author, Anette Moldvaer, World Barista Champion three years in a row, and co-founder of Square Mile coffee roasters has produced a great reference book on all thing coffee exploring different coffees of the world and how to make them. Whilst most people are familiar with how to make a café mocha or macchiato, I imagine less people know how to make a Senegalese caffè touba, or a Scandinavian coffee which involves an egg in the brewing processor an Indonesian Kopi Jahe, a sparkling espresso or a snow white. There are so many different types of coffee carefully explained in this book, and I’ll be sure to give plenty of them a try over time.

8. The Coffee Book: Anatomy of an industry from crop to the last drop (2006) by Nina Luttinger & Gregory Dicum

A neat little book which provides a great introduction to the coffee industry, from processes of cultivation to the development of café societies, and trends in the coffee industry. This is great if you want a quick overview of the industry (even though it has developed since the book was published) and want to understand a bit more about how it has developed. My favourite part is actually the opening paragraph in the preface:

‘coffee is an ancient commodity that weaves together a mosaic of histories dating back more than a millennium and stretching all the way around the world. Its story extends from the bustling cafes of sixteenth-century Cairo to the human misery to 18th century Dutch colonial slavery, from the booming growth of Brazil in the 19th century to the modern-day coffee house imperialism of Starbucks. Much more than the mere chemicals that compose it, coffee is a bit of history itself.’ (Luttinger and Dicum, 2014:ix) 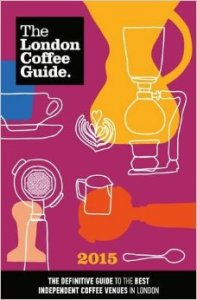 When I started to explore the different types of cafés and coffee houses that existed I picked up a few years of the London Coffee Guide. A great insight into the London Coffee scene. Since beginning the project, which includes research on cafés in Manchester, the Northern Independent Coffee Guide has been produced. Again a good overview of the specialty coffee places on offer. Neither are comprehensive of all types of cafés that are located in these areas, but if you are interested in specialty coffee then these books are a good place to start, and use as a reference if you are travelling about. I have seen groups 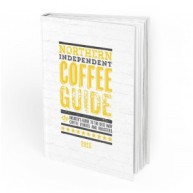 and couples sitting down in cafés, happily ticking off pages in these books and talking about which one they want to visit next – so clearly these books are doing something for café tourism too. I’d like to see a coffee guide to the West Midlands as there are some great places in both Birmingham and Coventry that should be represented in a guide like this!

10. The Thinking Space: The Café as a cultural institutional in Paris, Italy and Vienna (2013) edited by Leona Rittner, W. Scott Haine and Jeffrey Jackson.

This edited volume explores the idea of the café as a space which is distinct from its urban environment and has been the site of intellectual debate across Europe and throughout history.  Exploring how cafes has function at crucial moments of histories of European cities, it explores the local particularities of each city which also considering the broader cultural connections between these places and the role of the café within them. As stated on the cover of the book:

‘as our global society becomes more focused on creativity and mobility, the intellectual café of past generations can also serve as an inspiration for contemporary and future knowledge workers who will expand and develop this tradition of using and thinking in space’ (Rittner, Haine and Jackson, 2013).

I realise that there are more than ten books here, but I included a couple in pairs as I couldn’t decide which to include and thought they were all important. Of course there are many more books I could list here. Do you have a favourite book about café  culture or coffee? It would be great to hear about other books on coffee, cafés and café culture too.

1 Response to Top 10 Books on Coffee, Cafes and Cafe Culture