Costa Coffee, Coca-cola and the quest for global expansion – India and the Middle East

In 2018 it was announced that the global soft drinks company Coca-cola was going to buy the UK based coffee shop chain Costa Coffee, owned at the time by Whitbread, for nearly £4 billion. This was not the first big money deal to move into the coffee market by companies outside of the coffee industry, with the global investment JAB Holdings making a series of acquisitions including the specialty coffee companies Stumptown and Intelligentsia in the USA. Recognising a growing demand for coffee, and the popularity of coffee shops as a point of consumption many companies not wholly focused on coffee are seeking to expand their presence in this market, and in different global regions. 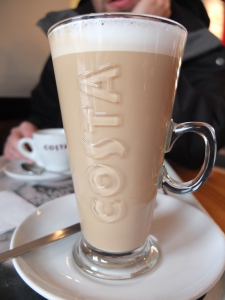 One country which has been experiencing fast coffee shop growth, is India with forecasts suggesting that the number of coffee shops is set to grow to 6,200 by 2020. One of the most successful coffee shop chains in India is Café Coffee Day, with estimates suggesting it had around 46% of the coffee chain market in 2015 and over 1,700 coffee shops in over 200 cities across the country by 2018. With positive growth prospects it’s not surprising to hear the other companies are trying to move into the market.

According to the Economic Times of India there are rumours that Coca-Cola are entering into talks to try and acquire a significant stake in Café Coffee day, although there has been no official confirmation. The move isn’t surprising given Asia and the Middle East are seen as key markets for expansion for coffee chains, given there is such saturation of the market in Europe and the USA. 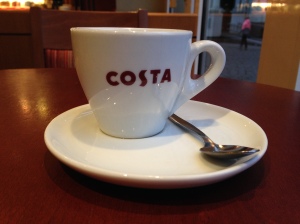 Another region in the world that is experiencing strong growth in coffee shops, is the Middle East. Costa Coffee entered the Middle East region in 1999, but now has over 40 stores across 9 countries according to Allegra Strategies. Last year Allegra identified a series of growth dynamics for the region: the importance of convenient location for coffee shops; growth in Saudi Arabia and Kuwait the importance of localisation of coffee shops alongside the increased demand for specialty coffee. It appears these points were accurate as it has been announced that there has been an expansion of an existing partnership in the region between Costa Coffee and Alghanim Industries (established 2013) to open branches in Saudia Arabia, Oman and Qatar, with alterations to the Costa coffee menu to reflect local tastes.

In terms of future dynamics for the industry, saturation of the market in established regions is likely to continue to push companies to seek to expand in other regions, with the Middle East and Asia being at the forefront of expansion plans at present. It will be interesting to see if the global chains and brands are as successful in these regions as they have been elsewhere, or if different dynamics take place which mean the coffee shop industry takes on different characteristics.

1 Response to Costa Coffee, Coca-cola and the quest for global expansion – India and the Middle East